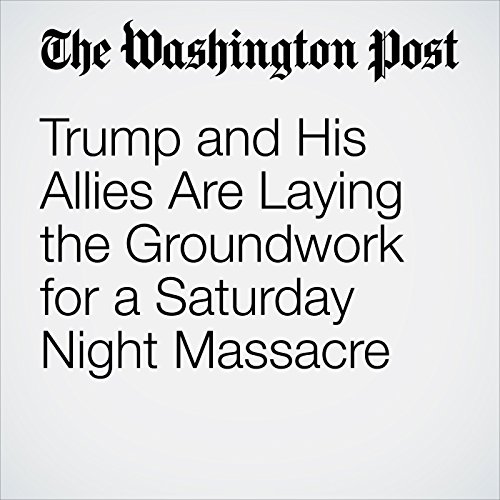 Let’s be clear on what’s happening in our politics right now. President Trump and his media allies are currently creating a vast, multi-tentacle, largely-fictional alternate media reality that casts large swaths of our government as irredeemably corrupt — with the explicitly declared purpose of laying the rationale for Trump to pardon his close associates or shut down the Russia probe, should he deem either necessary.

"Trump and His Allies Are Laying the Groundwork for a Saturday Night Massacre" is from the October 31, 2017 Opinion section of The Washington Post. It was written by Greg Sargent and narrated by Sam Scholl.