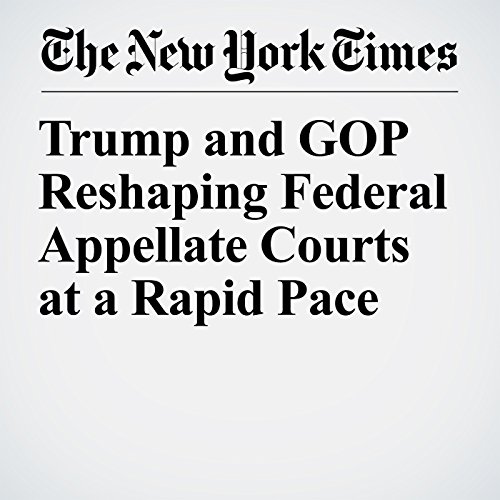 In the weeks before Donald Trump took office, lawyers joining his administration gathered at a law firm near the Capitol, where Donald F. McGahn II, the soon-to-be White House counsel, filled a white board with a secret battle plan to fill the federal appeals courts with young and deeply conservative judges.

"Trump and GOP Reshaping Federal Appellate Courts at a Rapid Pace" is from the November 11, 2017 U.S. section of The New York Times. It was written by Charlie Savage and narrated by Archie Montgomery.