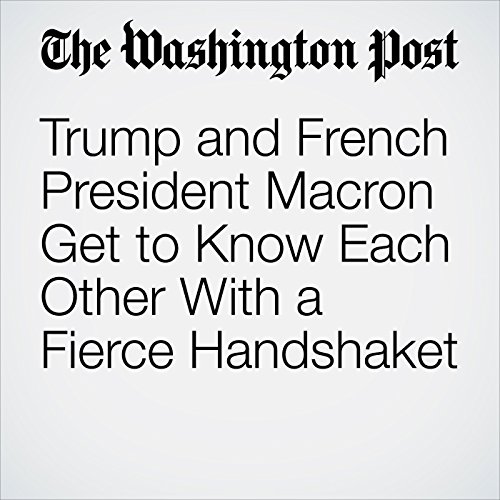 If relationships were defined by how two people shake hands, then the one between the newly elected presidents of the United States and France is going to be rather fierce.

"Trump and French President Macron Get to Know Each Other With a Fierce Handshake" is from the May 25, 2017 Politics section of The Washington Post. It was written by Philip Rucker and narrated by Sam Scholl.