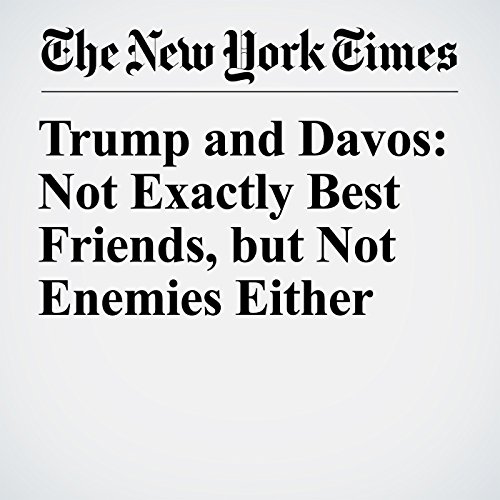 When President Donald Trump arrived Thursday at the conference center where the world’s financial and political elite have been meeting, onlookers crowded a balcony and craned their heads to see the leader who has challenged the very international order that Davos represents. At first, it was quiet. Then someone called out a question.

"Trump and Davos: Not Exactly Best Friends, but Not Enemies Either" is from the January 25, 2018 Business section of The New York Times. It was written by Peter Baker and Peter S. Goodman and narrated by Barbara Benjamin-Creel.