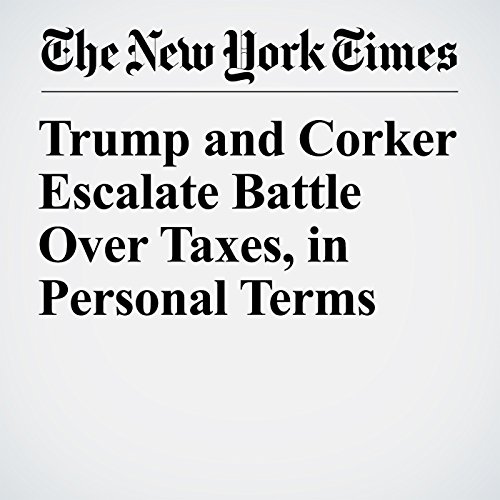 Trump and Corker Escalate Battle Over Taxes, in Personal Terms

President Donald Trump renewed his attacks on Sen. Bob Corker on Tuesday, chastising him for his skepticism over a $1.5 trillion tax cut. Corker responded by going on national television to say that Trump was “debasing” the United States and that the president struggled with the truth.

"Trump and Corker Escalate Battle Over Taxes, in Personal Terms" is from the October 24, 2017 U.S. section of The New York Times. It was written by Eileen Sullivan and narrated by Keith Sellon-Wright.