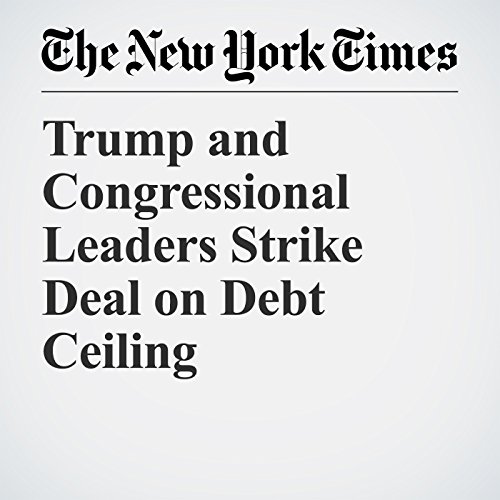 President Donald Trump and congressional leaders agreed Wednesday to increase the debt limit and fund the government until mid-December, after the president sided with Democratic leaders over reluctant Republicans on a deal that would set up a fiscal showdown for year’s end.

"Trump and Congressional Leaders Strike Deal on Debt Ceiling" is from the September 06, 2017 U.S. section of The New York Times. It was written by Thomas Kaplan and narrated by Kristi Burns.