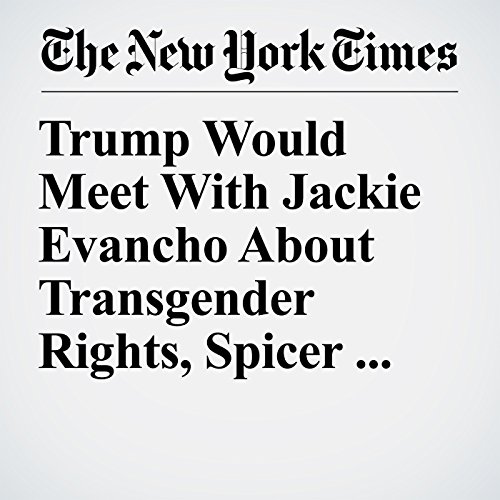 President Donald Trump would welcome a meeting with singer Jackie Evanchoafter she criticized his rollback of rules regarding the use of bathroomsby transgender students, the White House press secretary, Sean Spicer,said Thursday.

"Trump Would Meet With Jackie Evancho About Transgender Rights, Spicer Says" is from the February 23, 2017 U.S. section of The New York Times. It was written by Christopher Mele and narrated by Kristi Burns.