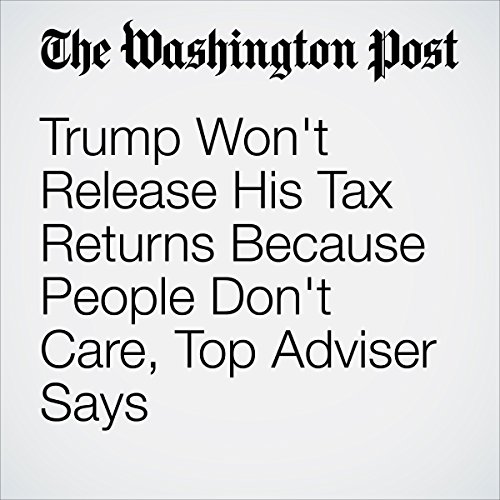 A Washington Post-ABC poll last week showed that Trump’s continued refusal to release his tax returns continues to be an unpopular decision, with 74 percent of Americans saying he should make the documents public, including 53 percent of Republicans.

"Trump Won't Release His Tax Returns Because People Don't Care, Top Adviser Says" is from the January 22, 2017 Politics section of The Washington Post. It was written by John Wagner and narrated by Jenny Hoops.