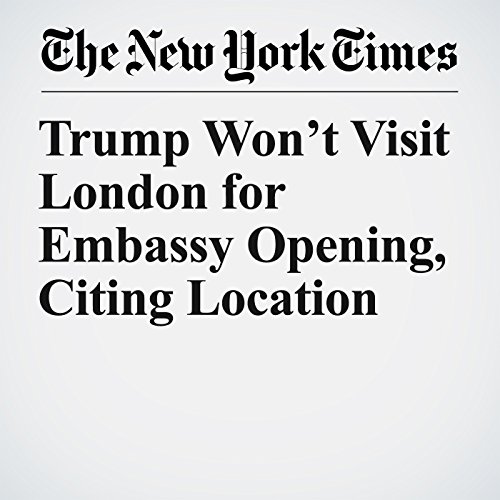 President Donald Trump said late Thursday that he had canceled a trip to London because of the cost and “off location” of the new U.S. Embassy in the city, where he had been expected to face protests.

"Trump Won’t Visit London for Embassy Opening, Citing Location" is from the January 12, 2018 World section of The New York Times. It was written by Austin Ramzy and narrated by Mike DelGaudio.