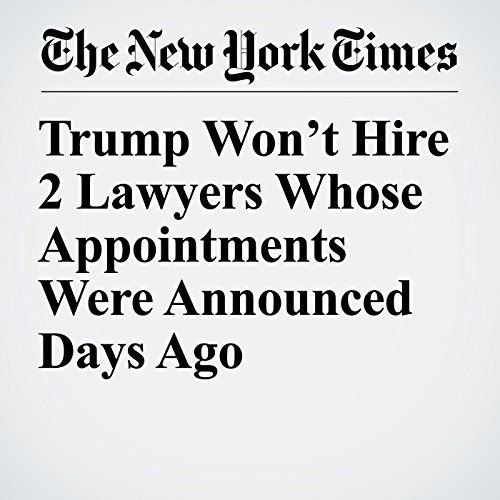 President Donald Trump has decided not to hire two lawyers who were announced last week as new additions to his legal team, leaving him with a shrinking stable of lawyers as the investigation by the special counsel, Robert Mueller, enters an intense phase.

"Trump Won’t Hire 2 Lawyers Whose Appointments Were Announced Days Ago" is from the March 25, 2018 U.S. section of The New York Times. It was written by Maggie Haberman, Michael S. Schmidt and Mark Landler and narrated by Barbara Benjamin-Creel.