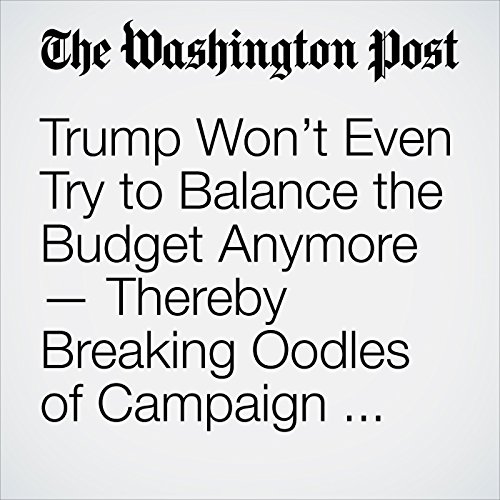 Balancing the budget is the latest Trump campaign promise to fall by the wayside. The Washington Post's Damian Paletta reports the White House is preparing to propose a budget that fails to get rid of the deficit over 10 years and instead seeks to merely reduce its growth by $3 trillion.

"Trump Won’t Even Try to Balance the Budget Anymore — Thereby Breaking Oodles of Campaign Promises" is from the February 12, 2018 Politics section of The Washington Post. It was written by Aaron Blake and narrated by Sam Scholl.