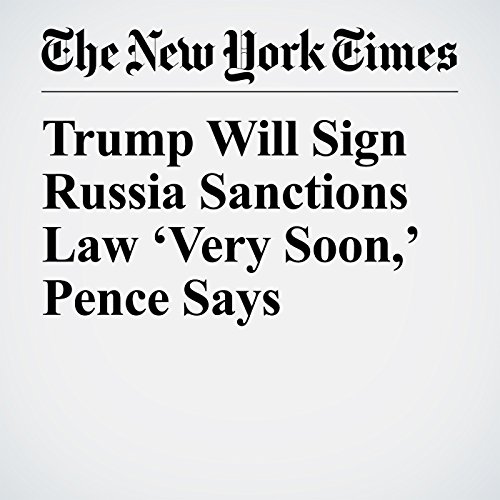 President Donald Trump will “very soon” sign a law limiting his ability to lift sanctions against Russia, even though he has “concerns” about the measure, Vice President Mike Pence said on Tuesday.

"Trump Will Sign Russia Sanctions Law ‘Very Soon,’ Pence Says" is from the August 01, 2017 World section of The New York Times. It was written by Sewell Chan and narrated by Barbara Benjamin-Creel.