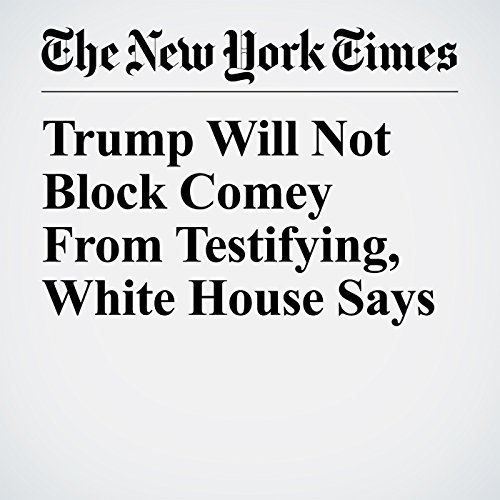 White House officials said Monday that President Donald Trump will not invoke executive privilege to try to block James Comey, the FBI director he fired, from testifying before Congress this week, clearing the way for a hearing that may be the most anticipated in Washington in months if not years.

"Trump Will Not Block Comey From Testifying, White House Says" is from the June 05, 2017 U.S. section of The New York Times. It was written by Peter Baker and narrated by Kristi Burns.