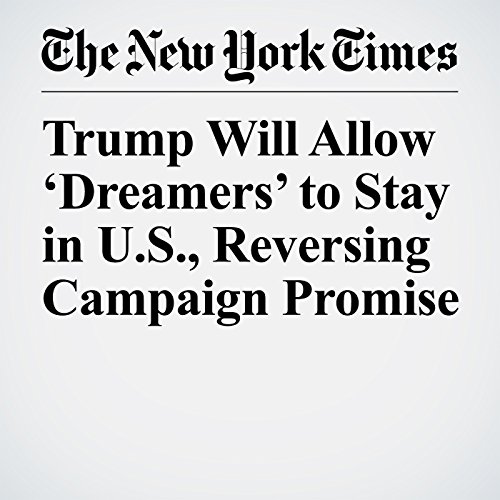 President Donald Trump has officially reversed his campaign pledge to deport the so-called Dreamers, undocumented immigrants who came to the United States as small children.

"Trump Will Allow ‘Dreamers’ to Stay in U.S., Reversing Campaign Promise" is from the June 16, 2017 U.S. section of The New York Times. It was written by Michael D. Shear and narrated by Barbara Benjamin-Creel.