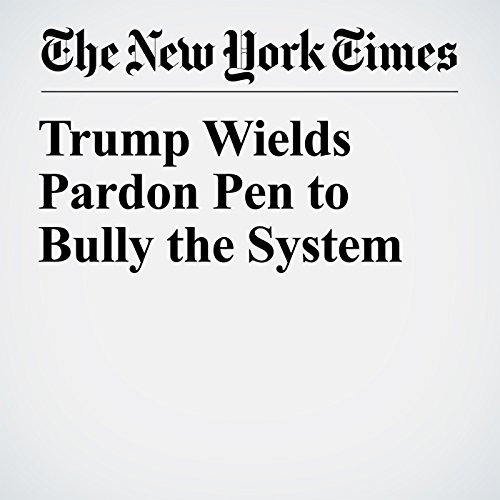 For more than a year, President Donald Trump has struggled to control the United States’ law enforcement apparatus, frustrated that it remains at least partly out of his grasp. But he is increasingly turning to a tool that allows him to push back against a justice system he calls unfair.

"Trump Wields Pardon Pen to Bully the System" is from the May 31, 2018 U.S. section of The New York Times. It was written by Peter Baker and narrated by Mike DelGaudio.