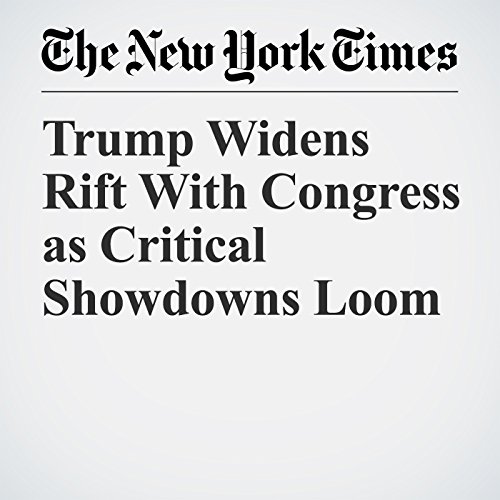 President Donald Trump has widened an extraordinary rift with his own party, as he threatened a government shutdown over his long-promised border wall and attacked key lawmakers whose votes he needs heading into a crucial legislative period.

"Trump Widens Rift With Congress as Critical Showdowns Loom" is from the August 23, 2017 U.S. section of The New York Times. It was written by Julie Hirschfeld Davis and narrated by Keith Sellon-Wright.