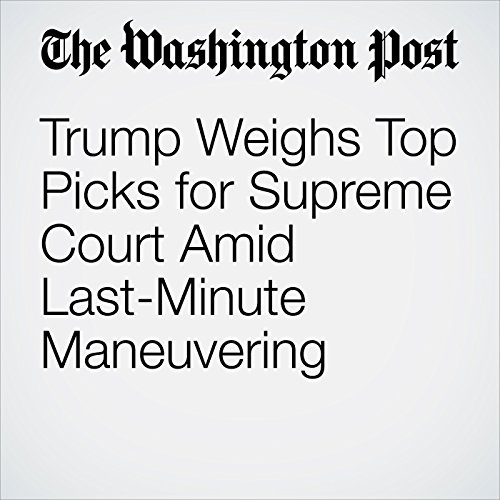 President Trump said he was “close” to choosing a Supreme Court nominee Sunday after a weekend at his New Jersey golf club evaluating four leading candidates and mulling the likely response of key senators and his core supporters to each prospect, according to White House officials and Trump advisers involved in the discussions.

"Trump Weighs Top Picks for Supreme Court Amid Last-Minute Maneuvering" is from the July 09, 2018 Politics section of The Washington Post. It was written by Robert Costa and Robert Barnes and narrated by Sam Scholl.