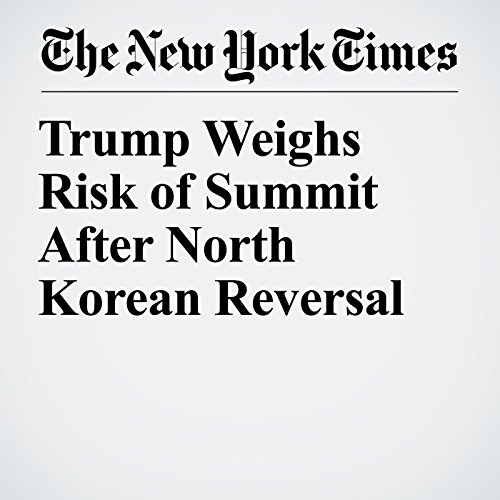 President Donald Trump, increasingly concerned that his summit meeting in Singapore next month with North Korea’s leader could turn into a political embarrassment, has begun pressing his aides and allies about whether he should take the risk of proceeding with a historic meeting that he had leapt into accepting, according to administration and foreign officials.

"Trump Weighs Risk of Summit After North Korean Reversal" is from the May 20, 2018 World section of The New York Times. It was written by David E. Sanger and narrated by Kristi Burns.