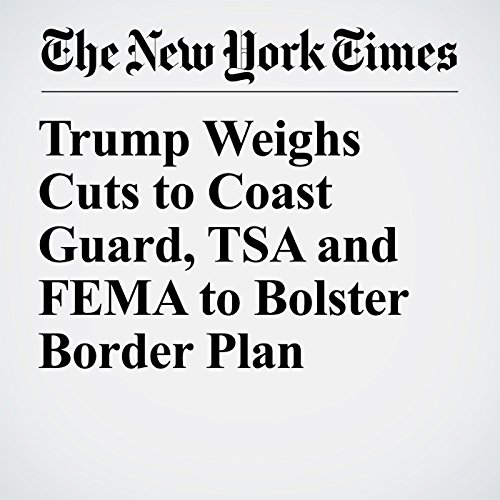 The Trump administration is considering deep cuts in the budgets of the Coast Guard, the Transportation Security Administration and the Federal Emergency Management Agency as it looks for money to ratchet up security along the southern border, according to a person familiar with the administration’s draft budget request.

"Trump Weighs Cuts to Coast Guard, TSA and FEMA to Bolster Border Plan" is from the March 09, 2017 U.S. section of The New York Times. It was written by Nicholas Fandos and narrated by Keith Sellon-Wright.