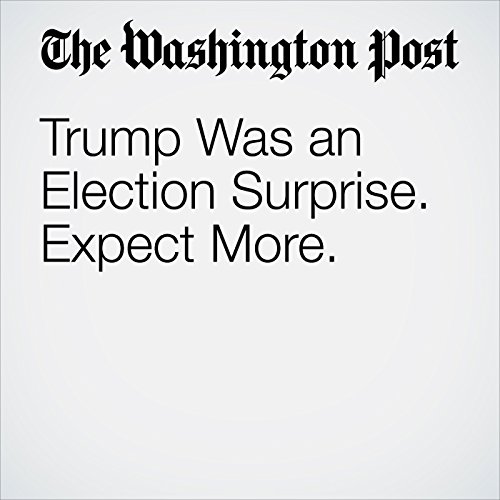 The election of Donald Trump was, in many respects, the greatest presidential election upset in modern U.S. history. Now, with his presidency reeling amid a special-counsel probe, multiple resignations, an absence of legislative achievements and dismal approval ratings, many Americans already seem to view his victory as the equivalent of a hundred-year flood — in other words, the type of surprise that today’s voters won’t see again.

"Trump Was an Election Surprise. Expect More." is from the October 26, 2017 Opinion section of The Washington Post. It was written by Roger C. Altman and narrated by Jenny Hoops.