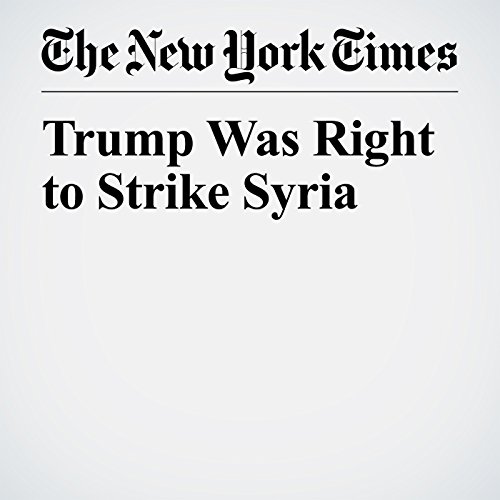 President Donald Trump’s airstrikes against Syria were of dubious legality. They were hypocritical. They were impulsive. They may have had political motivations. They create new risks for the United States.

But most of all, they were right.

"Trump Was Right to Strike Syria" is from the April 10, 2017 Opinion section of The New York Times. It was written by Nicholas Kristof and narrated by Caroline Miller.