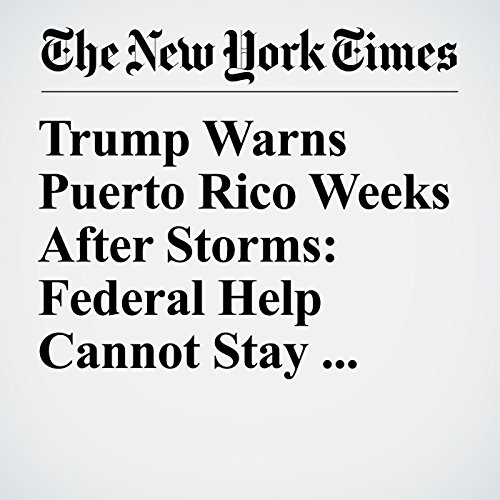 President Donald Trump suggested again Thursday that Puerto Rico bore some of the blame for its current crisis following twin hurricanes, and that there were limits to how long he would keep troops and federal emergency workers on the island to help.

"Trump Warns Puerto Rico Weeks After Storms: Federal Help Cannot Stay ‘Forever’" is from the October 12, 2017 U.S. section of The New York Times. It was written by Peter Baker and Eileen Sullivan and narrated by Keith Sellon-Wright.