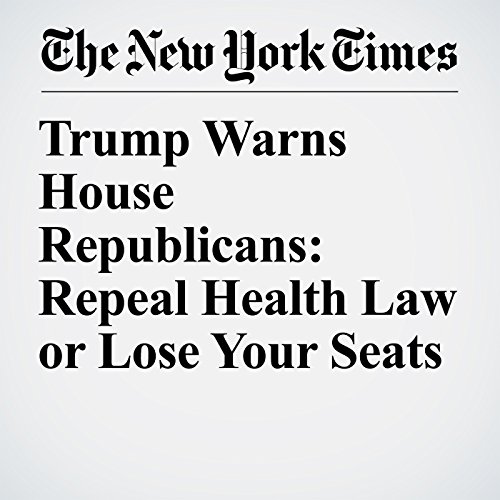 “I’m going to come after you,” Trump told Rep. Mark Meadows, R-N.C., a prime holdout and the chairman of the conservative Freedom Caucus, a hotbed of concern about the legislation, according to several people in the room who described his comments on condition of anonymity because the session was private. “I believe Mark and his group will come along, because honestly, a loss is not acceptable, folks.”

"Trump Warns House Republicans: Repeal Health Law or Lose Your Seats" is from the March 22, 2017 U.S. section of The New York Times. It was written by Julie Hirschfeld Davis, Thomas Kaplan and Robert Pear and narrated by Caroline Miller.