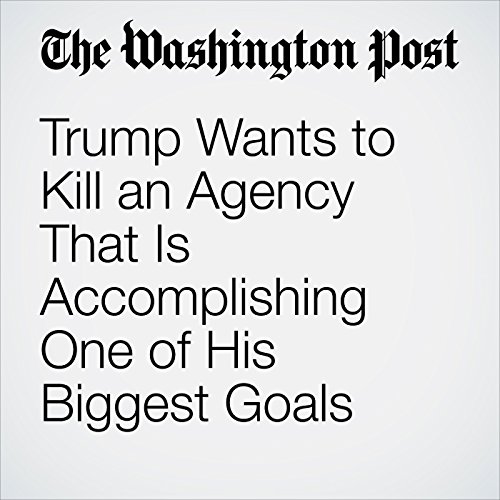 Candidate Trump promised to boost American exports. But President Trump's budget proposes to eliminate a small agency that does just that.

The U.S. Trade and Development Agency, which links U.S. exporters with development projects in emerging economies, was one of 19 agencies that the White House proposed eliminating entirely in the budget it released last week.

"Trump Wants to Kill an Agency That Is Accomplishing One of His Biggest Goals" is from the March 23, 2017 Business section of The Washington Post. It was written by Ana Swanson and narrated by Jill Melancon.