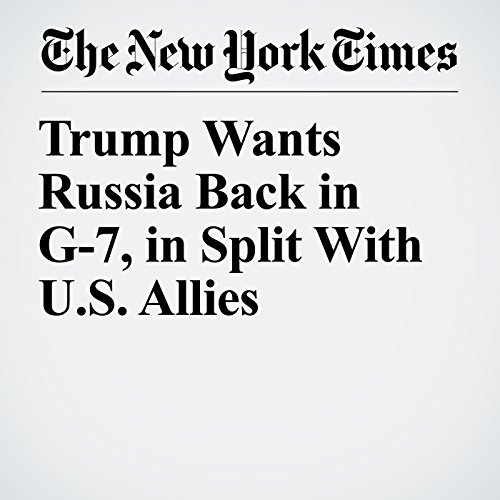 President Donald Trump called on the world’s leading economies Friday to reinstate Russia to the Group of 7 nations four years after it was cast out for annexing Crimea, once again putting him at odds with the leading U.S. allies in Europe and Asia.

"Trump Wants Russia Back in G-7, in Split With U.S. Allies" is from the June 08, 2018 World section of The New York Times. It was written by Peter Baker and Michael D. Shear and narrated by Mike DelGaudio.