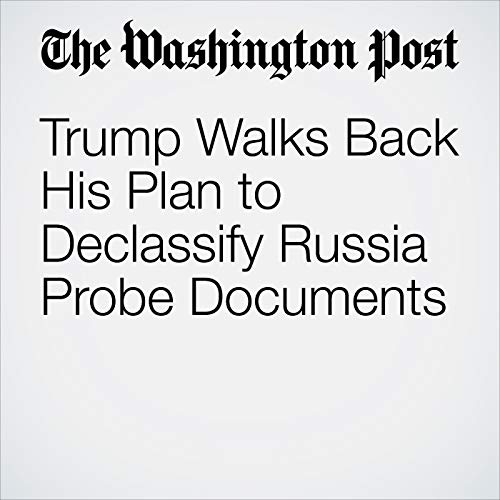 President Trump on Friday walked back his order earlier this week to declassify information in the ongoing probe into Russian interference in the 2016 election, saying Justice Department officials and others had persuaded him not to do so for the time being.

"Trump Walks Back His Plan to Declassify Russia Probe Documents" is from the September 21, 2018 National section of The Washington Post. It was written by Devlin Barrett and narrated by Jenny Hoops.