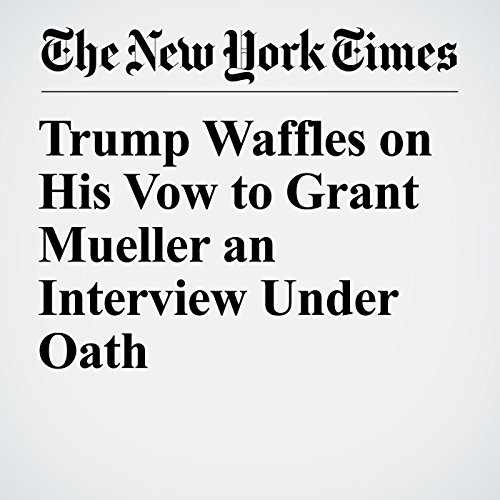 President Donald Trump declined on Wednesday to commit to being interviewed by Robert S. Mueller III, the special counsel investigating whether his campaign colluded with Russia to sway the 2016 election, backing off his statement last year that he would be willing to talk to Mueller under oath.

"Trump Waffles on His Vow to Grant Mueller an Interview Under Oath" is from the January 10, 2018 World section of The New York Times. It was written by Julie Hirschfeld Davis and Nicholas Fandos and narrated by Keith Sellon-Wright.