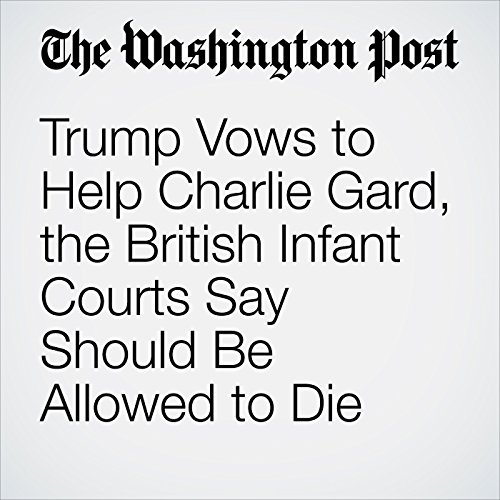 President Trump and the Vatican have spoken out in support of Charlie Gard, a terminally ill British infant whose case has captured worldwide attention after European courts decided that he could be removed from life support against his parents' wishes.

"Trump Vows to Help Charlie Gard, the British Infant Courts Say Should Be Allowed to Die" is from the July 03, 2017 World section of The Washington Post. It was written by Lindsey Bever and narrated by Barbara Benjamin-Creel.