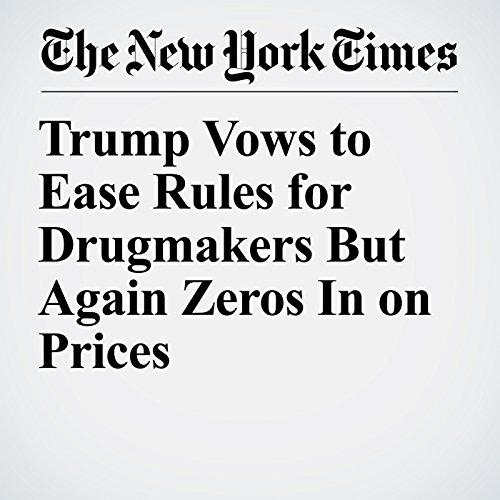 President Donald Trump promised some of the nation’s top drug company executives in a meeting at the White House on Tuesday that he would slash regulations at the Food and Drug Administration and make it easier for them to manufacture products in the United States.

"Trump Vows to Ease Rules for Drugmakers But Again Zeros In on Prices" is from the January 31, 2017 U.S. section of The New York Times. It was written by Katie Thomas and narrated by Kristi Burns.