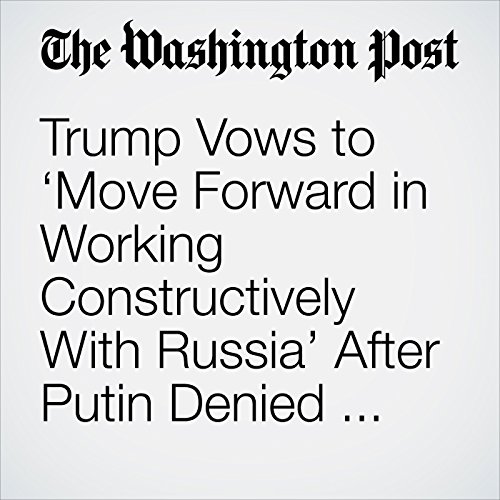 President Trump vowed Sunday to “move forward in working constructively with Russia,” including forming a cybersecurity unit between the two countries, after Russian President Vladimir Putin denied any interference in the 2016 U.S. election.

"Trump Vows to ‘Move Forward in Working Constructively With Russia’ After Putin Denied Election Hacking" is from the July 09, 2017 Post Politics section of The Washington Post. It was written by Philip Rucker and David A. Fahrenthold and narrated by Sam Scholl.