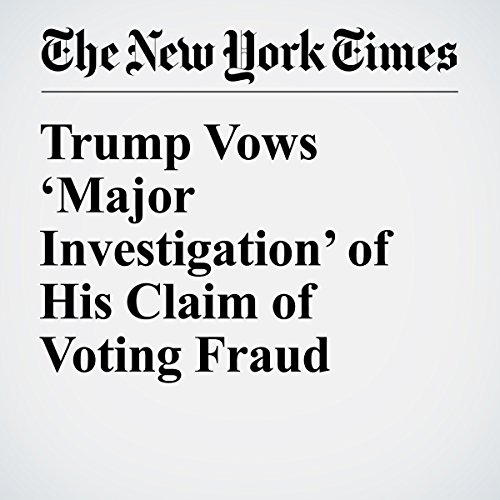 Trump Vows ‘Major Investigation’ of His Claim of Voting Fraud

President Donald Trump reiterated his false claim that at least 3 million immigrants in the country illegally cast ballots for Hillary Clinton, calling on Wednesday for an investigation into voter fraud, even though his own legal team has argued that no such fraud occurred.

"Trump Vows ‘Major Investigation’ of His Claim of Voting Fraud" is from the January 25, 2017 U.S. section of The New York Times. It was written by Peter Baker and narrated by Fleet Cooper.