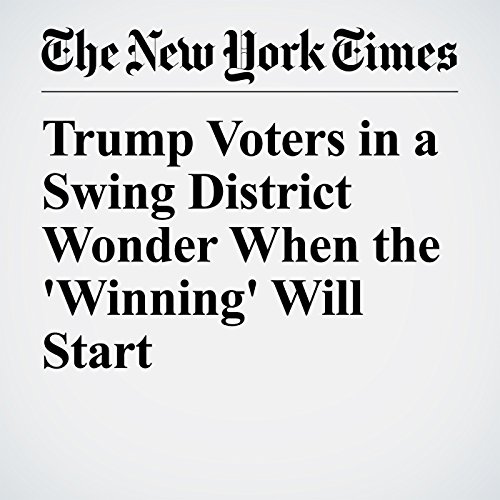 “Political bluster,” Ms. Remington said, before making another run at the quarter slots. She wondered aloud how Senator Bernie Sanders of Vermont might have fared in the job. Such is a view from this swing county of a swing region of a swing state that powered Mr. Trump’s improbable victory, an electoral thermometer for a president slogging toward the end of his first 100 days. Across the country, Republican officials have grown anxious at their standing on even ruby-red turf, sweating out a closer-than-expected victory last week in a House race in a Kansas congressional district that Mr. Trump had carried by 27 points. Another stress test arrives Tuesday, with a special election for a House seat in Georgia.

"Trump Voters in a Swing District Wonder When the 'Winning' Will Start" is from the April 17, 2017 U.S. section of The New York Times. It was written by Matt Flegenheimer and narrated by Keith Sellon-Wright.