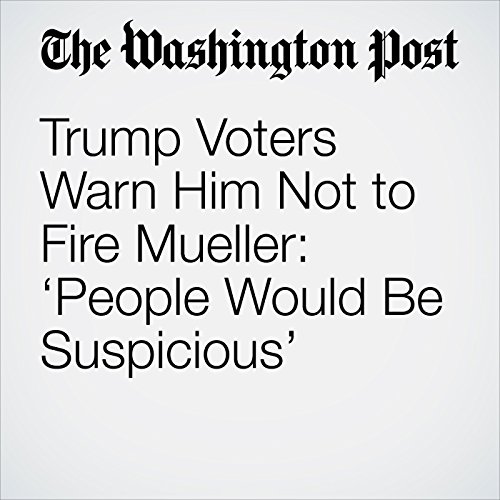 BROOKFIELD, Wis. — They see the Russia investigation as President Trump does, as a witch hunt that has expanded far beyond its initial mandate with the explicit aim of delegitimizing or perhaps even overturning his 2016 election victory.

"Trump Voters Warn Him Not to Fire Mueller: ‘People Would Be Suspicious’" is from the May 16, 2018 Politics section of The Washington Post. It was written by Philip Rucker and narrated by Sam Scholl.