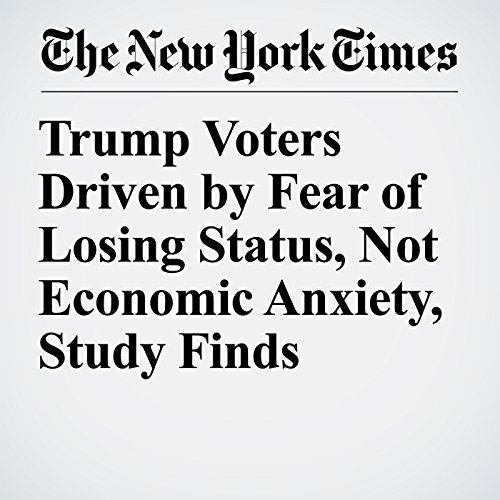 Even before conducting her analysis, Mutz noted two reasons for skepticism of the economic anxiety, or “left behind,” theory. First, the economy was improving before the 2016 presidential campaign. Second, while research has suggested that voters are swayed by the economy, there is little evidence that their own financial situation similarly influences their choices at the ballot box.

"Trump Voters Driven by Fear of Losing Status, Not Economic Anxiety, Study Finds" is from the April 24, 2018 U.S. section of The New York Times. It was written by Niraj Chokshi and narrated by Kristi Burns.