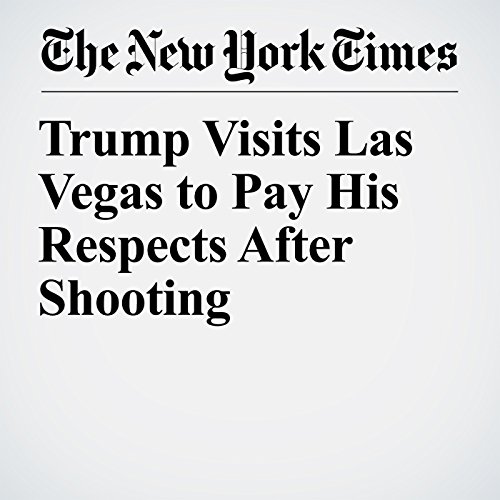 President Donald Trump landed in Las Vegas on Wednesday to pay his respects after one of the deadliest mass shootings in American history.

"Trump Visits Las Vegas to Pay His Respects After Shooting" is from the October 04, 2017 U.S. section of The New York Times. It was written by Eileen Sullivan and Mark Landler and narrated by Keith Sellon-Wright.