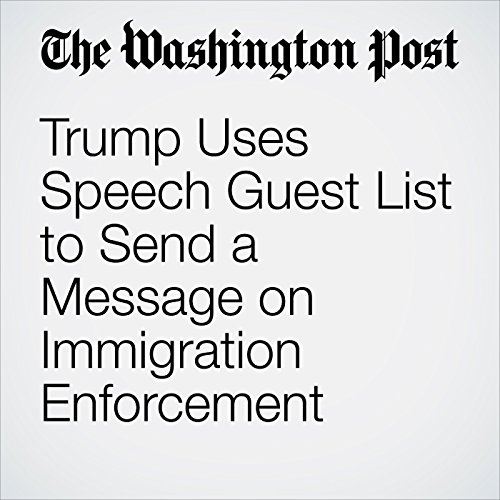 Trump met in the Oval Office ahead of the prime time address with Jamiel Shaw Sr., whose son was shot by a gang member in Los Angeles in 2008, and Jessica Davis and Susan Oliver, who were married to California police officers killed in the line of duty in 2014.

"Trump Uses Speech Guest List to Send a Message on Immigration Enforcement" is from the February 28, 2017 Politics section of The Washington Post. It was written by David Nakamura and narrated by Sam Scholl.