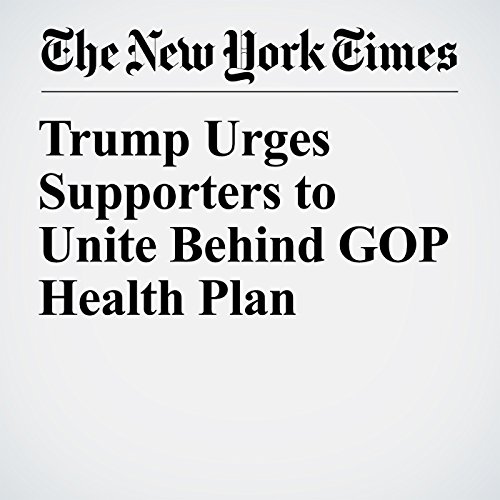 President Donald Trump made a plea on Wednesday for his supporters to unite behind the Republican plan to overhaul Americans’ health care, as the only way to squelch Democratic attempts to scuttle the plan. At the same time, House Speaker Paul Ryan conceded publicly that changes would be needed to allay concerns within his own party.

"Trump Urges Supporters to Unite Behind GOP Health Plan" is from the March 15, 2017 U.S. section of The New York Times. It was written by Julie Hirschfeld Davis and narrated by Caroline Miller.