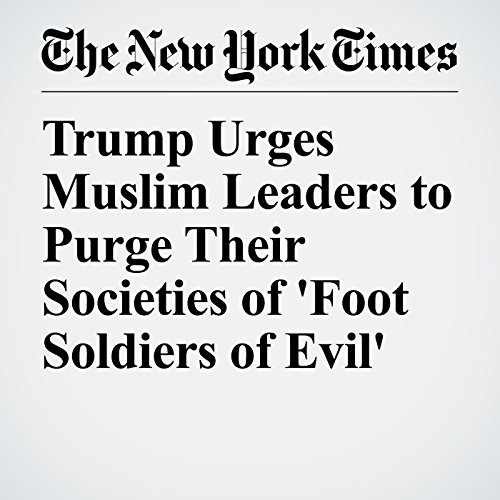 President Donald Trump sought to rally leaders from around the Muslim world on Sunday in a renewed campaign against extremism, rejecting the idea that the fight is a battle between religions even as he promised not to chastise them about human rights violations in their own countries.

"Trump Urges Muslim Leaders to Purge Their Societies of 'Foot Soldiers of Evil'" is from the May 21, 2017 U.S. section of The New York Times. It was written by Peter Baker and Michael D. Shear and narrated by Keith Sellon-Wright.