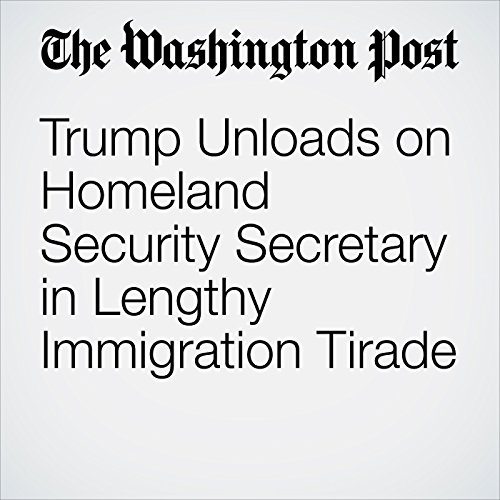 President Trump berated Homeland Security Secretary Kirstjen Nielsen in a dispiriting Cabinet meeting on immigration Wednesday, according to three administration officials, but her colleagues denied reports that she has threatened to quit.

"Trump Unloads on Homeland Security Secretary in Lengthy Immigration Tirade" is from the May 10, 2018 National section of The Washington Post. It was written by Josh Dawsey, Nick Miroff and narrated by Jenny Hoops.