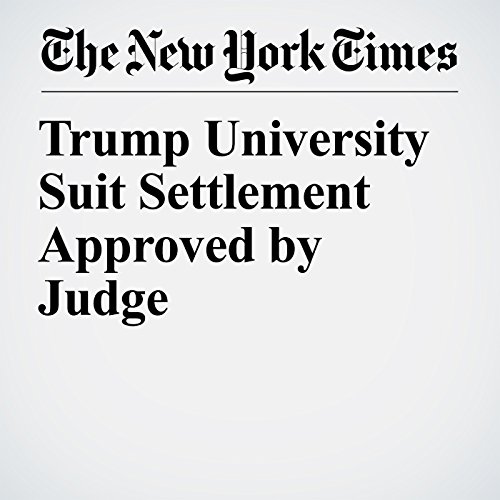 "Trump University Suit Settlement Approved by Judge" is from the March 31, 2017 U.S. section of The New York Times. It was written by Steve Eder and Jennifer Medina and narrated by Barbara Benjamin-Creel.