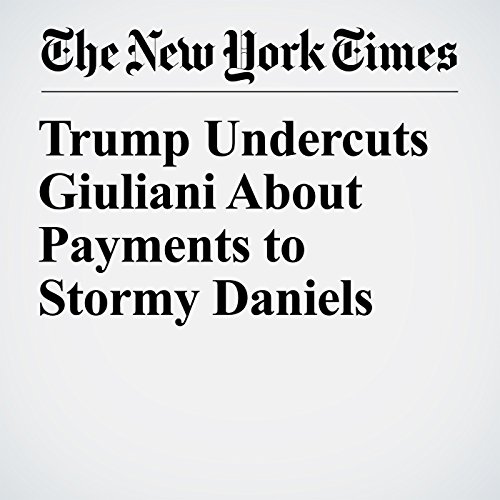 President Donald Trump undercut his attorney Rudy Giuliani on Friday, and said the former New York mayor will eventually get the facts right regarding a payment to a pornographic actress who said she had an affair with Trump.

"Trump Undercuts Giuliani About Payments to Stormy Daniels" is from the May 04, 2018 U.S. section of The New York Times. It was written by Eileen Sullivan, Michael D. Shear, Mark Landler and narrated by Mike DelGaudio.