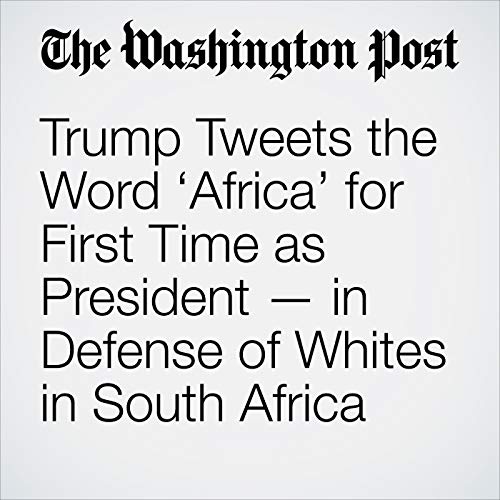 President Trump on Wednesday night said he was directing Secretary of State Mike Pompeo to “closely study the South Africa land and farm seizures,” as well as the “killing of farmers.”

"Trump Tweets the Word ‘Africa’ for First Time as President — in Defense of Whites in South Africa" is from the August 23, 2018 National section of The Washington Post. It was written by Isaac Stanley-Becker and narrated by Sam Scholl.