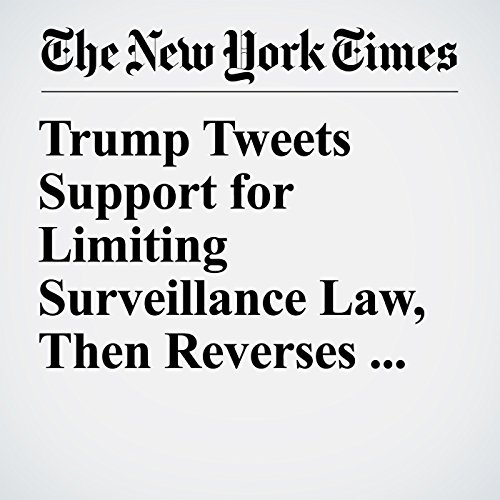 President Donald Trump contradicted his own White House and top national security officials Thursday in a Twitter post that criticized an important surveillance law just as Congress began debating whether to approve it. But less than two hours later, the president appeared to reverse himself, telling lawmakers to “Get smart!”

"Trump Tweets Support for Limiting Surveillance Law, Then Reverses Himself" is from the January 11, 2018 U.S. section of The New York Times. It was written by Eileen Sullivan and Nicholas Fandos and narrated by Keith Sellon-Wright.