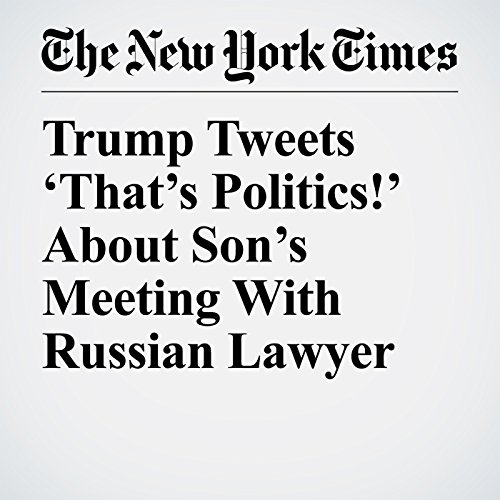 He ran on a promise to end politics as usual.But Monday morning, President Donald Trump posted a defense on Twitter of his son’s meeting with a Russian lawyer promising sensitive government information that could be damaging to Hillary Clinton by saying that it was simply politics as usual.

"Trump Tweets ‘That’s Politics!’ About Son’s Meeting With Russian Lawyer" is from the July 17, 2017 World section of The New York Times. It was written by Maggie Haberman and narrated by Kristi Burns.