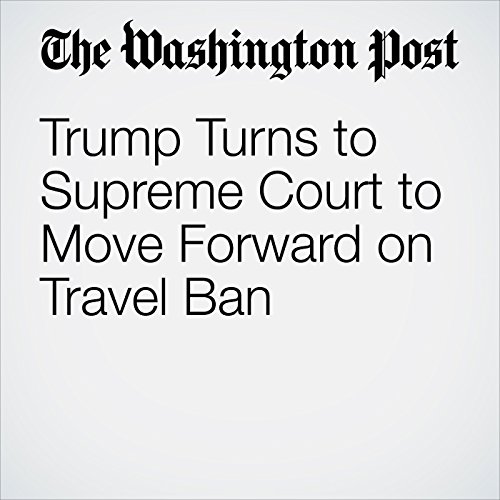 "Trump Turns to Supreme Court to Move Forward on Travel Ban" is from the June 02, 2017 Courts & Law section of The Washington Post. It was written by Robert Barnes and Ann E. Marimow and narrated by Jill Melancon.