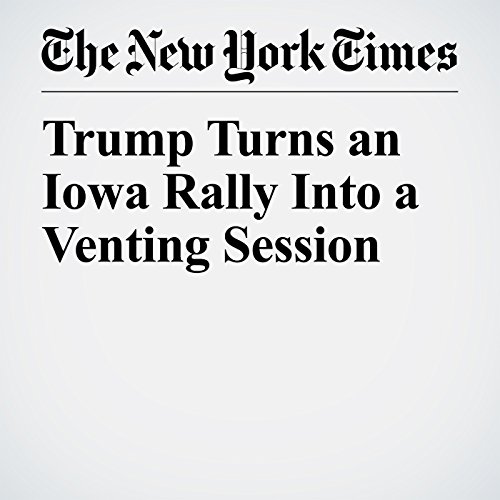 President Donald Trump said Wednesday that he was crafting legislation to bar new immigrants from receiving welfare for at least five years. He announced the proposal in a conquering-hero-returns speech in Iowa, his first trip back to the political battleground state since he won it in the 2016 general election.

"Trump Turns an Iowa Rally Into a Venting Session" is from the June 22, 2017 U.S. section of The New York Times. It was written by Maggie Haberman and narrated by Kristi Burns.