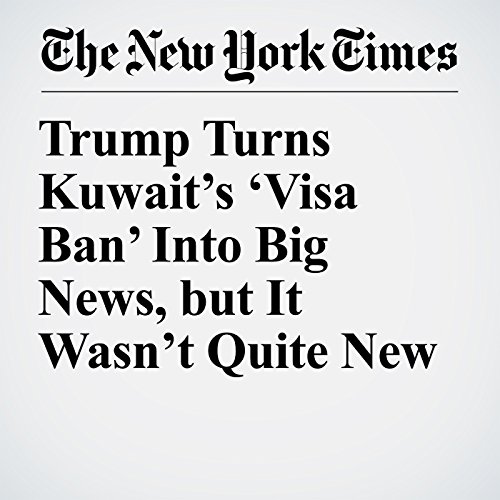 To the overnight editor at the Arab affairs website, it looked like big news: Kuwait, apparently following the lead of President Donald Trump, had issued a visa ban on citizens from five other predominantly Muslim countries.

"Trump Turns Kuwait’s ‘Visa Ban’ Into Big News, but It Wasn’t Quite New" is from the February 08, 2017 World section of The New York Times. It was written by Ben Hubbard and narrated by Keith Sellon-Wright.