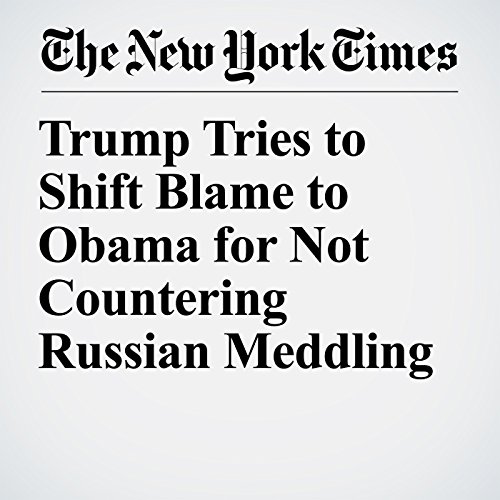 Attempting to shift the blame for Russian interference in the 2016 election, President Donald Trump suggested in Twitter posts Tuesday that the previous administration did not do enough to prevent the Kremlin’s influence campaign and that President Barack Obama was dismissive of the threat.

"Trump Tries to Shift Blame to Obama for Not Countering Russian Meddling" is from the February 20, 2018 U.S. section of The New York Times. It was written by Eileen Sullivan and narrated by Keith Sellon-Wright.