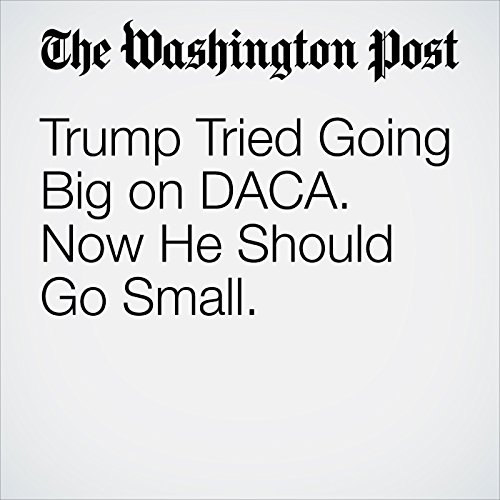 President Trump’s tweet promising “NO MORE DACA DEAL” was an Easter gift to Democrats, letting them off the hook for their failure to seriously negotiate an immigration agreement. Rather than pulling the plug on any Deferred Action for Childhood Arrivals talks, Trump should offer Democrats a simple deal: He would agree to codification of President Barack Obama’s DACA action in exchange for funding for the president’s border wall.

"Trump Tried Going Big on DACA. Now He Should Go Small." is from the April 04, 2018 Opinion section of The Washington Post. It was written by Marc A. Thiessen and narrated by Sam Scholl.