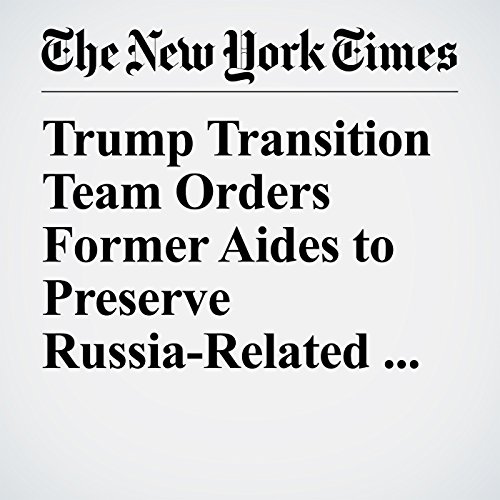 Members of President Donald Trump’s transition team were ordered Thursday to preserve documents and other materials related to the investigation of Russian interference in the presidential election, according to a memo obtained by The New York Times.

"Trump Transition Team Orders Former Aides to Preserve Russia-Related Materials" is from the June 16, 2017 U.S. section of The New York Times. It was written by Adam Goldman, Julie Hirschfeld Davis and Matthew Rosenberg and narrated by Barbara Benjamin-Creel.